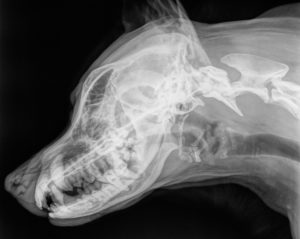 Head injuries are a common problem and in some cases, they require little treatment but always be aware that problems can be not that obvious to the first aider. The brain is a very sensitive organ and but it is surrounded by a solid bone skull and has fluid to protect the brain further. You should always suspect spinal injury with a head injury and you need to assess the way that the injury happened and make your decision if the spinal injury could have happened.

When a head is damaged there are different conditions that can happen and these are from mild to serious.

Animals can be at different conscious levels where they can be fully alert, dazed, appear unconscious but be able to hear of fully unconscious.

When dealing with the animal take care of them and monitor them carefully. Sometimes they can act out of character maybe in an aggressive manner, and there is not always an obvious injury site as it may be a result of shock through the spine from an impact on the feet when falling as the impact is transmitted up the spine to the base of the skull.

There different types of head injury and the first on we will look at it is Concussion.

The brain can move a little and the shaking of the brain due to a blow to the head can cause a concussion. A concussion usually produces a temporary disturbance to the normal brain function.

Symptoms of concussion can be mild to severe and in some cases, emergency treatment may be needed.

The most common symptoms of concussion are:
•   A headache and dizziness;
•   Nausea and loss of balance;
•   Confusion;
•   Difficulties with memory
•   Feeling dazed or stunned.

Cerebral Compression is where there is pressure on the brain caused by swelling or bleeding and is a serious condition. The swelling can be due to a build-up of blood within the skull or swelling of injured brain tissues.

Cerebral compression is usually caused by a head injury but it can also be caused by a stroke, brain tumour or infection.

Cerebral compression can occur immediately after a head injury or after a few hours.

Signs and symptoms:
•   Change in personality
•   Deteriorating levels of consciousness
•   Noisy breathing which becomes slow
•   An intense headache
•   Vomiting
•   Drowsiness
•   Pulse is slow but strong
•   Unequal pupils
•   Weakness or paralysis down one side of the body
•   Tiredness and evidence of injury.

Cerebral Contusion is when there is bruising on the brain, this happens in 20-30% of all serious head injuries. Blood vessels in the brain get damaged and leak causing a pressure build up. Signs and symptoms will depend on the location of the contusion on the brain but they include motor coordination, numbness and memory problems.

Skull Fractures are where the skull is fractured due to direct or indirect force. There is sometimes blood, which is straw coloured or clear fluid coming from ears and nose. Blood in whites of eyes and evidence of impact, depression or bruise.