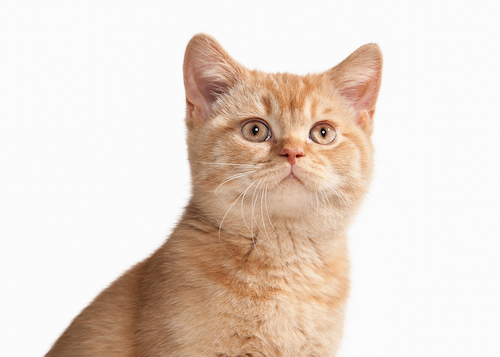 Shock in animals is very similar to people. What happens is, through illness or some trauma, there will be a sudden drop in blood volume. And what happens in those situations is, if the blood volume isn’t as it should be, then the cells in the organs of the body will not be getting the oxygen they require, because the blood won’t be a sufficient amount to be carrying the oxygen to them. Your body will then go into shock and that means that the organs start to not function properly and then you get the consequences of that. So, you can feel quite sick, you can feel very weak, you will, in some situations, find that your animal has collapsed quite suddenly just through that sudden drop in the blood pressure and the blood volume. It is a real emergency when that happens, whatever causes it, whether it is illness or some injury that’s happened to them, and you must get them seen by the vet quite, quite quickly.

It is a good idea to phone your vet in advance and let them know that you’re coming down, and they will immediately put them on fluids to try and increase that blood volume again. And in most cases, they may need some oxygen as well because that’s what they are lacking through the drop of the blood. If you do have access to oxygen and they look like they need that through signs of respiratory distress, very pale mucous membranes, looking under the lip and looking at their gums, if there is any sign of that and there is access to oxygen prior to getting to the vet’s, then it would be a good idea to give them additional oxygen before that happens.

There are various causes of shock. Some of them may be quite sudden in onset. So, say, if you’ve had a traumatic injury and a sudden bleed, then the drop in blood volume will be quite acute, so quite quick. And then the signs of the shock will come on quite quickly with that. In other cases, such as an illness where your animal has, for example, Cushing’s disease or renal kidney failure, then the onset can be more gradual because the shock will come on more gradually as your animal becomes more dehydrated. And as the organs then slowly become starved of the oxygen, then the signs will come on more slowly. Initially, you may notice that your animal is just not quite themselves. They may not be falling over, they may not be collapsed, but they’re just a little bit sluggish, a bit lethargic, maybe a little bit off their food. But if it’s a true shock, that will accelerate quite quickly to the point where they are… You’re noticing signs where you really need to get them seen quite quickly by your vet.

As a first aider, if you thought that your animal was suffering from shock, you would want to monitor all the vital signs. You would want to be looking at their pulse, know how to measure their pulse, know how to look at their mucous membranes, under their gums, see what colour they are and write it down or note in your head if there’s a change. If they are getting paler, then you know you need to be more concerned. Also, if you can, take a temperature. In a lot of cases, shocked animals will become hypothermic, so their temperature will go down, and in those cases, you need to be supplying warmth, be it via holding them or wrapping them up in a blanket, getting them out of the cold if you’re outside. You need to monitor that because there are certain situations, such as heat stroke, where actually your animal is going in shock because their temperature has gone too high. So, you need to just make sure that you’re doing the right thing.

In a heat stroke case, you would treat that completely differently by trying to cool them down with wet towels and possibly hosing them down, if that was an option to do that. But you do really need to just be monitoring those signs and judging whether you think the situation is getting worse or whether it may be improving. Because if it’s a very sudden incident, then the body will have an immediate response, then it may, if it can, start to compensate and return the organs back to full function very quickly if the cause has gone away quite quickly.